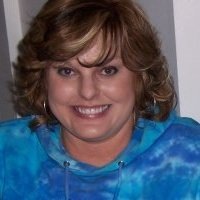 Kimberly brings a lifetime of experience of working with both people and dogs to Paws & Think. Before she began working with animals, Kimberly was a school social worker at the Indiana School for the Blind. She also volunteered at a women’s shelter for survivors of domestic violence as a rape crisis counselor. Through her work, she developed skills working with people of all ages, ethnicities, backgrounds, and situations, including families in crisis, people with disabilities, and at-risk kids.

Kimberly graduated with her Bachelor’s Degree from Indiana University in 1990, majoring in Psychology with a minor in Sociology, graduating Phi Beta Kappa. She went on to earn her Master’s Degree in Social Work from the University of Chicago in 1992. On the canine side, Kimberly started her work with animals in the mid 1990’s, attending seminars and conferences on canine behavior. She received certification in the course ‘Dogs! Principles and Techniques of Behavior Modification’ from Purdue University in 1999.

Outside of work, Kimberly enjoys spending time with family, friends, and pets. She has two dogs, Pappy and Frannie, who she adopted from Paws & Think’s Youth-Canine Program. Kimberly likes to read, watch movies, and take classes on various subjects that interest her. She is also active in her church, where she has served in various roles including youth group leader and elementary school reading tutor.